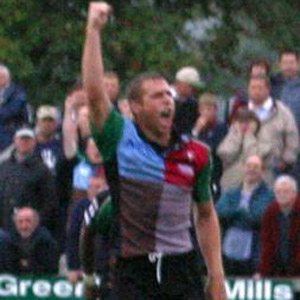 Retired number 8 for England who was considered one of the most talented players of his generation.

He captained the England A squad to an undefeated season in 1995-1996.

He became a coach for Harlequins rugby after his playing career.

He replaced an injured Matt Dawson in a match against Australia in 1998.

Tony Diprose Is A Member Of