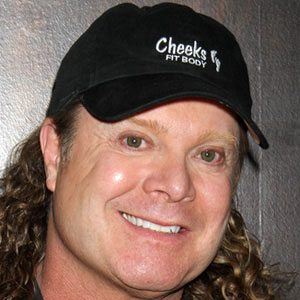 Intense, longhaired TV fitness icon who sold many infomercial products, including the Gazelle and his book, One on One with Tony Little.

He was abandoned by his father at a young age and raised by his mother in Fremont, Ohio. He later moved to St. Petersburg, Florida.

He became a certified personal trainer and has called himself America's Personal Trainer.

He married Melissa Hall in 2009 and they had two children named Cody and Chase. He also has two children from a previous marriage named Tara and Trent.

Tony Little Is A Member Of