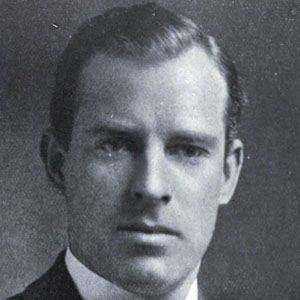 He was also a four-time Wimbledon doubles champion.

His parents were Frederick Wilding and Julia Anthony, and he had four siblings.

On the advice of then-First Lord of the Admiralty Winston Churchill, Wilding joined the Royal Marines.

Tony Wilding Is A Member Of