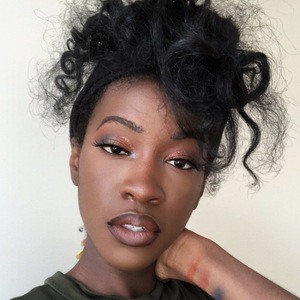 American YouTuber who runs the well-known makeup channel Too Much Mouth. She has a built a loyal fan base with her product reviews, lip swatch videos and "Foundation Hunt" series.

She got her start blogging about makeup before transitioning to YouTube in 2015.

Her first name is Shanygne. She has a brother. She had a sister who passed away.

She has tested many of Kylie Jenner's lip kits on her channel.

Too Much Mouth Popularity

Too Much Mouth Is A Member Of

Too Much Mouth Fans Also Viewed