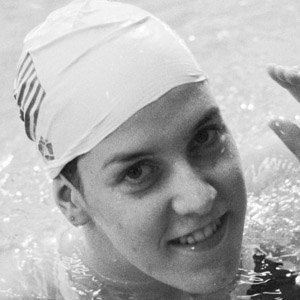 Dominant swimmer in all four strokes, she set five world records and 63 American records during her career.

She began training when she was seven-years old, and entered her first U.S. swimming championship when she was 13.

Her lifelong dream was to win a gold medal at the Olympics, which she accomplished in 1984 when she won three.

She married fellow Olympic gold-medal swimmer Mark Stockwell, and has five children with him.

She won an Olympic gold in the 400-meter medley relay with Nancy Hogshead, Theresa Andrews, and Mary T. Meagher.

Tracy Caulkins Is A Member Of