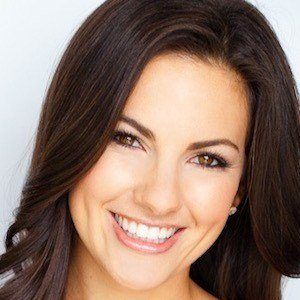 Actress and blogger behind the website Hey, Tracy! (formerly known as TeeWii) who writes about her family, acting, recipes, general life hacks and every day life. She became the co-host of Glamour Magazine's Why Do Guys? segment as well as a contributor to Playboy's online magazine The Smoking Jacket.

She graduated from the American Musical and Dramatic Academy in New York. She would perform on stage in regional and international musical theater productions.

She has been featured in more than 25 commercials, including ads for Microsoft, Bacardi, Mercedez Benz and Little Caesars.

She and her husband Josh have a son named Max.

She has made several appearances on The Howard Stern Show.

Tracy Pendergast Is A Member Of