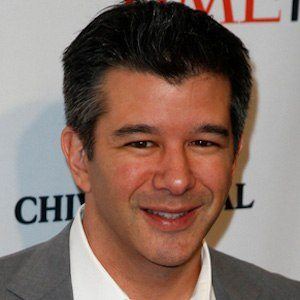 Entrepreneur known for being one of the founders of the popular ridesharing service Uber. He'd previously founded Red Swoosh, a P2P company that was acquired by Akamai Technologies in 2007.

He studied computer engineering at UCLA, but dropped out in order to help found Scour, a P2P service that filed for bankruptcy in 2000.

He first broke into the Forbes 400 in 2014 when his net worth reached an estimated $6 billion.

He was born to Bonnie and Donald Kalanick and grew up with two half-sisters and a brother.  His mother was tragically killed in a boating accident in 2017.

Travis Kalanick Is A Member Of