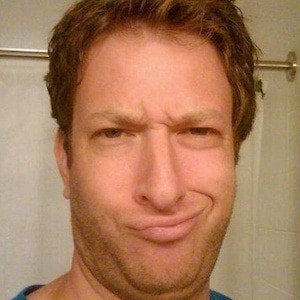 Founder and president of the popular sports and men's lifestyle and news platform Barstool Sports. He is also known for his popular stoolpresidente Twitter account, where he primarily posts comedic sports content for his 2.7 million followers.

He graduated from the University of Michigan in 1995, earning a degree in education.

He unsuccessfully ran to be the mayor of Boston in 2013.  In early 2020, he sold Barstool Sports to Penn National Gaming for over $400 million.  He surpassed 75 million TikTok likes in January of 2021.

He married Renee Portnoy in 2009, but the couple separated in 2017. He began a relationship with Silvana Mojica in 2021.

In October 2020, he posted a TikTok video where he lifted weights alongside Bryce Hall, Josh Richards and Blake Gray, all members of the social group Sway House.

Dave Portnoy Is A Member Of