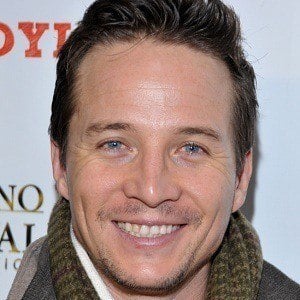 Film and television actor most well known for playing Cole Trenton on the hit CW drama Supernatural. He is also recognized for small roles in feature films like Pig Hunt, War of the Worlds, and The Forger.

Captain of his high school's football team, after graduation, he enlisted with the U.S. Marines. After he was honorably discharged in 1998, he began studying criminal law and theatre at Citrus College.

His mother went into labor with him while watching Jaws in theaters. Thirty years later, he met Jaws director Steven Spielberg while on the set of War of the Worlds in 2005.

He was born to Daphne and Dennis Allen Wade in Los Angeles, California. He was previously engaged to actress Jasmine Dustin from 2005 to 2008.

In the 2014 film The Forger, he starred opposite John Travolta and Christopher Plummer.

Travis Aaron Wade Is A Member Of