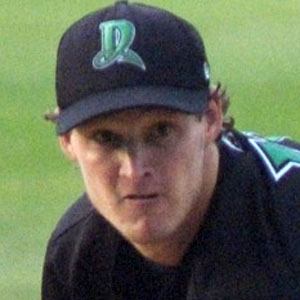 Left-handed pitcher who debuted with the Cincinnati Reds in 2010 at the age of 23. He joined the Chicago Cubs in 2012 and made his first All-Star Game appearance the following year.

He was selected in the first round of the 2005 MLB Draft.

He was a member of the Cubs' 2016 World Series Championship team.

In 2013, he and his wife Brittany participated in a charity fashion show for the David DeJesus Family Foundation.

Though All-Star center fielder Andrew McCutchen hit .317 in 2013, he could only muster a .143 average against Wood throughout the season.

Travis Wood Is A Member Of