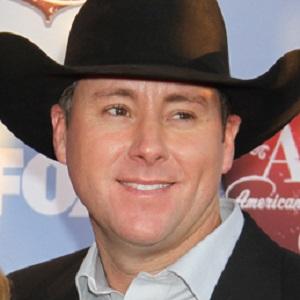 American rodeo cowboy who became known as arguably the most dominant in the world, winning more than 20 World Championships. In 2007, he became the first cowboy in 24 years to win the Triple Crown by winning the all-around, tie-down roping and steer roping gold buckles titles.

He attended Vernon Regional Junior College on a rodeo scholarship. He later transferred to West Texas A&M University and joined the Professional Rodeo Cowboys Association in 1996.

In 2006, he became the youngest PRCA cowboy ever to earn more than $2 million in career earnings.

His parents Jimmy and Glenda were also rodeo cowboys.

He and Oklahoma native Jim Shoulders are both multiple-time World Champions in rodeo.

Trevor Brazile Is A Member Of