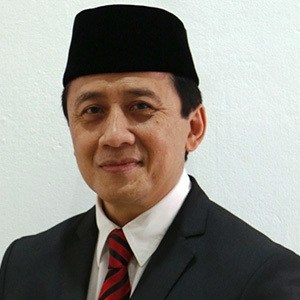 Instagram star who is known for being active in the fields of music, business, and politics. In 2015 he was inaugurated as Head of the Creative Economy Agency. He has 150,000 followers on Instagram.

He first garnered national attention in the 1970's, when he was the singer and keyboard player for the progressive rock group Giant Step.

He founded Euro RSCG AdWork, an advertising firm, in 1989.

His parents are Bahar Munaf and Etty Munaf. He is married to Luki Ariani. They have three children - Virania, Sherina, and Mayzura Munaf.

He was inaugurated as Head of the Creative Economy Agency on January 26, 2015, by Joko Widodo.

Triawan Munaf Is A Member Of