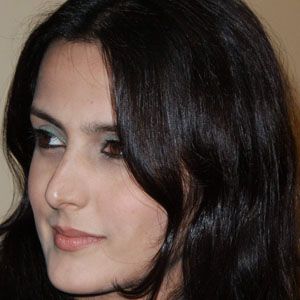 Indian actress who rose to prominence in her acclaimed role as Kalki in Matrubhoomi and furthered her fame in the role of Sarha P. Bux in the 2007 film Dhokha.

She first tried to be a model and entered the film industry by a chance audition which she did well enough in to land her a debut role in Mere Yaar Ki Shaadi Hai as Anjali Sharma.

She has acted in films that have been featured in the languages of Hindi, Telugu, Malayalam, Punjabi, and Kannada.

She was born in Mumbai, Maharashtra, India to a Gujarati Indian father and Lebanese Armenian mother. She grew up with two sisters, Selphi and Monalisa. She married Captain Vinod Nair.

She appeared in the film Hostel in 2011, an exact title match to the Eli Roth directed horror film.

Tulip Joshi Is A Member Of