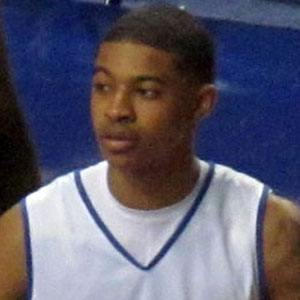 Point guard who helped the Kentucky Wildcats reach the 2015 Final Four as a freshman. He was selected 34th overall in the 2016 NBA Draft by the Phoenix Suns.

He was born in Southfield, Michigan and moved to Matteson, Illinois for high school.

He was rated as a five-star recruit by both Scout and Rivals coming out of high school. He played in both the McDonald's All-American and Jordan Brand Classic game following a stellar career at Marian Catholic High School.

He was born to James Ulis and Kelly Reed and grew up with four brothers. His cousin, Travis Walton, was named Big Ten Conference Defensive Player of the Year in 2009.

He became teammates with Willie Cauley-Stein at Kentucky in 2014.

Tyler Ulis Is A Member Of