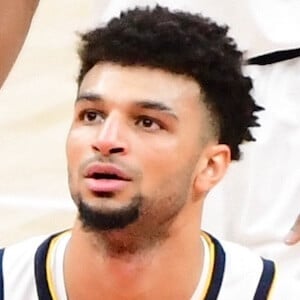 Guard who was selected 7th overall in the 2016 NBA Draft by the Denver Nuggets. He earned SEC All-Freshman team and Third-team AP All-American honors in his lone season as a Kentucky Wildcat.

He was playing in a basketball league for ten-year-olds when was just six. He played high school ball at Orangeville Prep where his father served as an assistant coach.

He was named the Nike Hoop Summit MVP in 2015 after scoring a game-high 30 points.

He and his younger brother Lamar were born to Sylvia and Roger Murray. His father was born in Jamaica and grew up running track and field and playing basketball.

He tied Terrence Jones for the University of Kentucky record for most points in a game by a freshman at 35.

Jamal Murray Is A Member Of