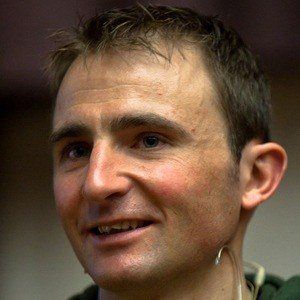 Swiss mountain climber remembered as one of the best best of his generation, setting numerous speed records and being named named National Geographic's 2015 Adventurer of the Year. He perished while climbing the Hornbein route near Mount Everest in April 2017.

He was considered a prodigy, achieving the UIAA's ninth difficulty rating at just 17 years old.

He won his second Piolet d'Or award by becoming the first climber ever to ascend Annapurna solo.

He is survived by his wife Nicole Steck.

He and Bradford Washburn both succeeded in climbing the Mont Blanc massif.

Ueli Steck Is A Member Of