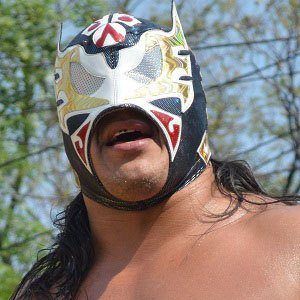 Professional masked wrestler, or Luchador enmascarado, who has appeared for Total Nonstop Action Wrestling and is part of one of the longest reigning CMLL World Tag Team Champion duos with Dragon Rojo, Jr.

He made his debut as Halcon Dorado (Golden Hawk) in 1990 before changing it to Flanagan.

He considers Hooligan and Ephesto to be his brothers even though they are not blood related.

In June 2007, he and partner Euforia were defeated by Mistico and La Sombra.

Ultimo Guerrero Is A Member Of