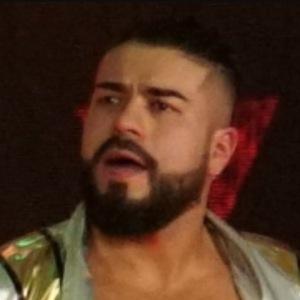 Wrestler who has been signed to WWE and became the NXT Champion in 2017. He worked most often with Consejo Mundial de Lucha Libre from 2007 to 2015, wrestling under the name La Sombra.

His father issued him a boxing and wrestling license a month before his 14th birthday in October 2003.

He was one of the founding members of the wrestling group Los Ingobernables.

He is the son of wrestler Jose Andrade Salas, better known as Brillante. He and fellow wrestler Charlotte Flair got engaged on New Year's Eve 2019.

He and John Cena have both worked for WWE.

Andrade Cien Almas Is A Member Of