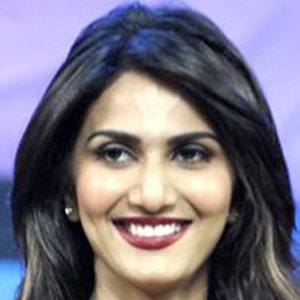 Indian actress and fashion model known for her roles in such Tamil and Bollywood films as Aaha Kalyanam and Shuddh Desi Romance. The latter project earned her several honors, including Filmfare, Star Guild, and Zee Cine awards.

She made her screen debut in an Indian television series called Rajuben and subsequently signed a contract with Yash Raj Films.

She earned a degree in tourism from the Indira Gandhi National Open University and worked for a time at a Delhi-based hotel management company.

She and her older sister grew up in Delhi, India as the daughters of a teacher and an entrepreneur. She has a sister named Nupur.

She and Gabrielle Richens both signed contracts with Elite Model Management.

Vaani Kapoor Is A Member Of