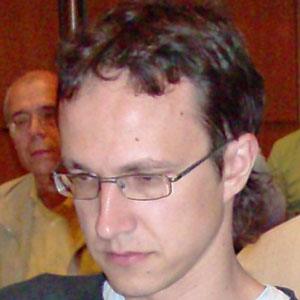 Russian chess grandmaster who is known for being a low key yet highly competitive player.

He graduated from Moscow State University with a degree in economics.

He won the Tournament in Essen twice and helped the Russian Olympiad team win team gold and team silver medals in 1998 and 2004.

He was raised in the Soviet Union.

He is a highly ranked Russian chess master, much like Alexander Alekhine.

Vadim Zvjaginsev Is A Member Of