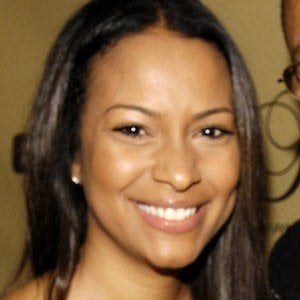 CEO and activist who rose to fame through her relationship with NBA guard Dahntay Jones, whom she married in 2011. She also spearheads the activist organization WEEN, or Women in Entertainment Empowerment Network.

She earned a bachelors in political science from Clark Atlanta University and went on to become an assistant to the president of HBO Sports.

She has worked in various political organizations including the U.S. Department of Commerce and Obama for America.

She is the daughter of congressman GK Butterfield and politician Jean Farmer-Butterfield. She has two sisters named Lenai and Tunya. She was engaged to rapper The Game, with whom she had a son named Harlem Taylor.

She honored friends Faith Evans and Rocsi Diaz at the WEEN Awards in the fall of 2015.

Valeisha Butterfield Is A Member Of