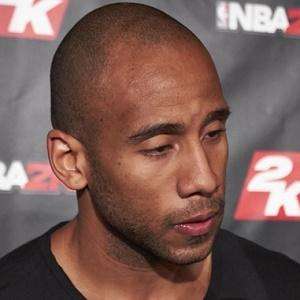 NBA guard/forward who began his career with the Memphis Grizzlies in 2003. He helped the Cleveland Cavaliers win an NBA Championship in 2016.

He played 2 years of college basketball at Rutgers before transferring to Duke to finish out his collegiate career.

He was drafted 20th overall by the Boston Celtics in 2003, but was traded to the Memphis Grizzlies on draft day.

He was born to Larry and Joanne Jones. He married Valeisha Butterfield in 2011.

Dahntay Jones Is A Member Of