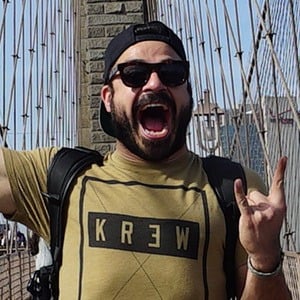 Endurance athlete who has risen to fame for his ValentiEstaLoco YouTube channel. His training guides and lifestyle vlogging as a prolific endurance athlete of ultra-marathons and ironman tournaments across the world have earned him more than 71 million total views.

He and David Laid are both popular YouTube fitness personalities.

Valentí Sanjuan Is A Member Of