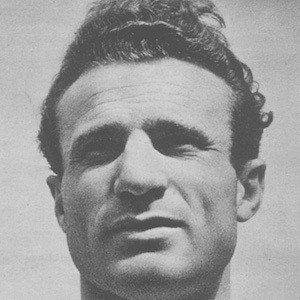 Attacking midfielder who served as captain of Torino during the 1940s and spent seven years with the Italian national team.

He began his playing career at the Alfa Romeo Milano factory, where he also worked.

He died in the 1949 Superga air disaster which left only one player alive.

His first child, Sandro Mazzola, was born in 1942.

He and goalkeeper Dino Zoff both played for the Italian national team.

Valentino Mazzola Is A Member Of