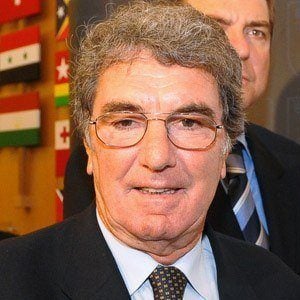 Former Italian goalkeeper who captained the national team to the 1982 FIFA World Cup, becoming the oldest winner of the Cup at 42 years of age.

At 14 years old, he was considered too short to be a serious football prospect.

He spent 1,142 minutes or the entire 1973 season, without allowing a goal in international play at the height of his career.

He grew up in Mariano del Friuli, Italy.

He and Gianluigi Buffon both became great Italian goalkeepers who helped lead the national team to World Cup Championships.

Dino Zoff Is A Member Of