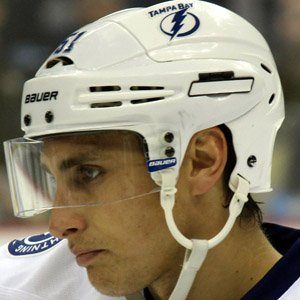 Finnish hockey player who won a Stanley Cup with the NHL's Detroit Red Wings in 2008. He was named as the All-Star of the World Junior Ice Hockey Championships.

He became the first player from Finland to play for the Red Wings.

He was teammates with Brian Rafalski on the Stanley Cup-winning 2007-2008 Red Wings Team.

Valtteri Filppula Is A Member Of