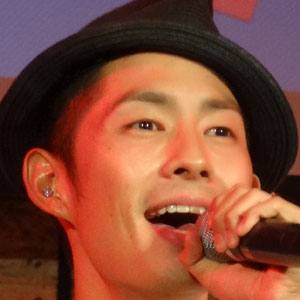 Taiwanese singer who has been a member of the boyband F4 and the Mandopop duo Kangta & Vanness. His debut solo album Body Will Sing became one of the Top 10 Selling Mandarin Albums of the Year. He became a judge on Asia's Got Talent in 2016.

He worked as a telemarketer after high school before moving to Taiwan at the age of 21.

He has collaborated with well-known artists such as OneRepublic, Bruno Mars and opened for Kanye West's Glow In The Dark concert.

He was raised in Santa Monica, California. He married entrepreneur Arissa Cheo in 2013.

He was featured on Beyonce's single "Crazy in Love."

Vanness Wu Is A Member Of