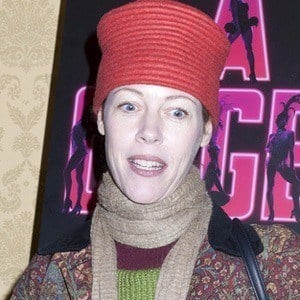 American actress of stage, film, and television who was nominated for a Tony Award for her role as Amy in the Roundabout Theatre revival of Stephen Sondheim's Company in 1995.

She studied ballet at the Washington School of Ballet and studied acting at Studio Theatre's Conservatory.

She played the role of a stepsister in the 1997 television movie of Cinderella.

She grew up with her family in Norfolk, Virginia.

She played a role in the film Erin Brockovich, starring Julia Roberts.

Veanne Cox Is A Member Of