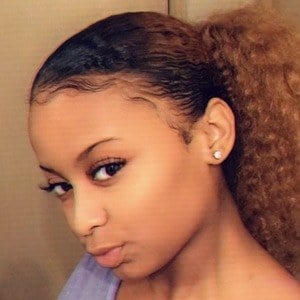 YouTube star who has gained fame for her Baby Vee channel. She has earned massive popularity for her reactions, including to hip-hop videos and single releases.

She was originally born in Little Rock, Arkansas and raised in Lake Village.

She and Ki Cassanova are both popular YouTubers known for their reactions.

Veronica Rene Charles Is A Member Of