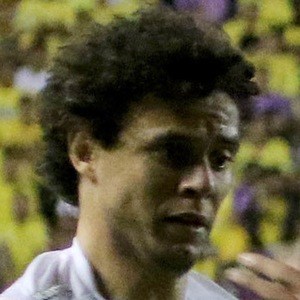 Professional football player known for his work as a right-back on the Brazilian club Santos. He is also known for having won the Campeonato Paulista with the club during their 2015 and 2016 seasons.

His youth career began with a variety of different clubs starting with the Sao Paulo academy. He moved to Atletico Paranaense and then Nautico before making his professional debut with the Iraty club in 2008. After playing with several other football clubs, he joined Santos in 2014.

He was born and raised in Joao Pessoa, Paraiba, Brazil.

Victor Ferraz Is A Member Of