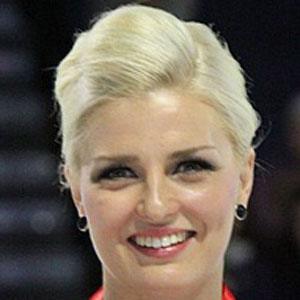 Figure skating phenom who won eight Swedish national championships from 2004 to 2014. She competed in her first Olympic Games in 2014.

She began skating at age three and landed her first triple jump at twelve.

She became the first Swedish skater to win a Grand Prix medal at 2011 Skate America.

Her sister, Joshi, is also a figure skater. They have both been coached by their mother, Christina.

He and Vivi-Anne Hulten are both multiple-time Swedish national champions in women's figure skating.

Viktoria Helgesson Is A Member Of