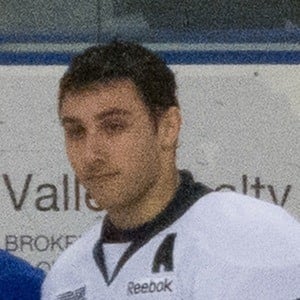 Center who made his NHL debut as a member of the Florida Panthers during the 2013-14 season. In 2017, he was named to the NHL All-Star Game, where he participated in the All-Star Skills Competition.

He grew up in Pennsylvania and played for the Pittsburgh Hornets until he was 13 years old. He later became a 2-time national champion with the Detroit Little Caesars.

He won a gold medal at the IIHF World U20 Championship representing the United States.

He has sisters named Nina and Desiree.

He has been teammates with fellow center Aleksander Barkov Jr. on the Panthers.

Vincent Trocheck Is A Member Of