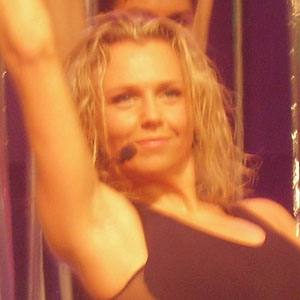 Lithuanian dance-pop artist who released her third album, As Busiu Salia, in 2008.

She joined her first band and started performing in local restaurants at age seventeen.

She has co-hosted the music television programs Friday Music Show and Let's Sing!

She married Vilius Tarasovas, her second husband, on August 31, 2007; she has two daughters named Elinga and Gabriele.

She and Jurga Seduilkyte are two of Lithuania's best recognized pop artists.

Violeta Tarasoviene Is A Member Of