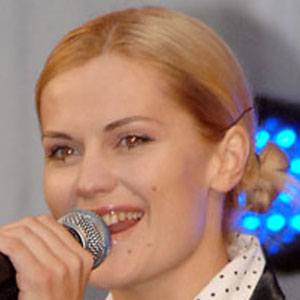 Lithuanian art rock singer-songwriter who was named the Female Artist of the Year by RadioCentras in 2008.

She had her first singing success as a competitor on Fizz Superstar and she later joined the band Muscat.

She and her husband Vidas Bareikis have a son named Adas.

She took home Best Baltic Act Honors at the 2007 MTV Europe Music Awards, which was hosted by rapper Snoop Dogg.

Jurga Seduikyte Is A Member Of