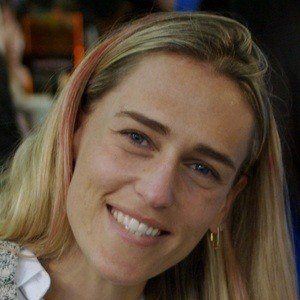 Chilean chef and TV presenter who became known as the morning chef on the television series Canned Chicken in 2005. She has also appeared on Fox for Family Flavors and Mananeros. She has also been a radio host on Oasis FM.

She studied international cuisine at the Culinary Institute of Santiago for three years.

She has authored several of her own cookbooks, including Moments, By Hand, Plan V and Weaving is my Superpower.

She was born the youngest of five sisters in Santiago, Chile. Her mother died when she was 7 years old.

She and Guy Fieri are both celebrity chefs who have also become TV presenters.

Virginia Demaria Is A Member Of