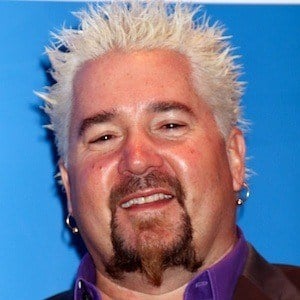 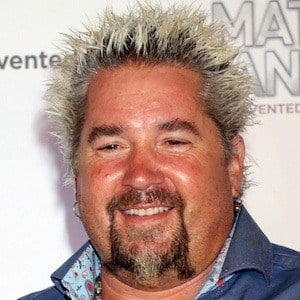 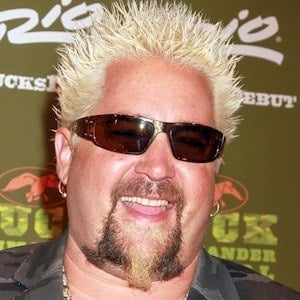 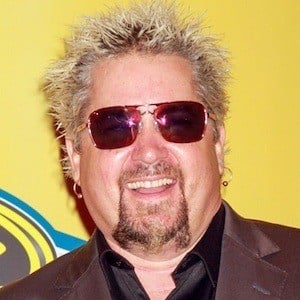 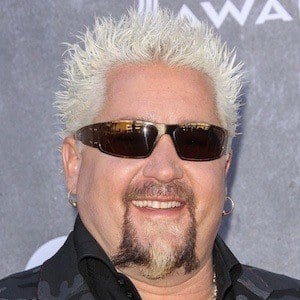 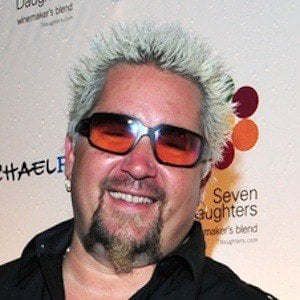 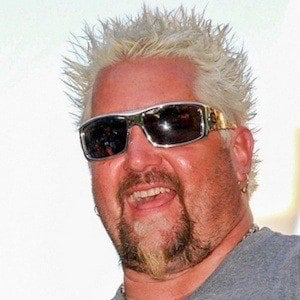 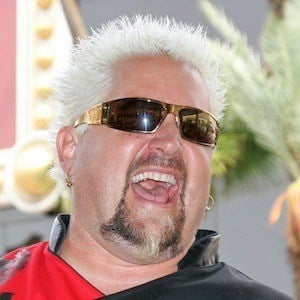 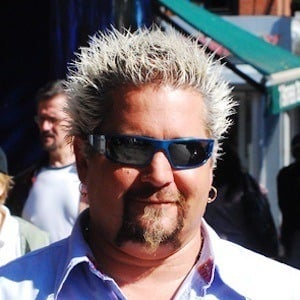 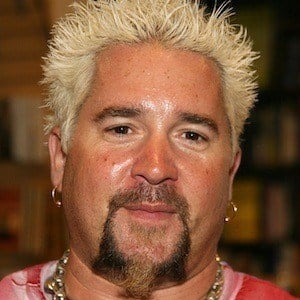 Television personality, author, game show host, and chef who became the face of the Food Network in 2010.

After graduating from the University of Nevada, Las Vegas, he worked as a product developer for Stouffer's frozen foods and managed chain stores in Long Beach, California.

He became known for driving his red Camaro across America for his show Diners, Drive Ins, and Dives, which takes viewers on a tour of America's less-celebrated restaurants.

He married Lori Fieri in 1995. The couple has two sons named Hunter and Ryder.

Like Rachael Ray, he became well-known for his TV series on the Food Network.

Guy Fieri Is A Member Of