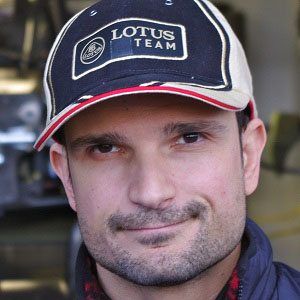 This Italian Formula One racer competed for the HRT, Toro Rosso, and Force India teams and entered over eighty competitions between 2005 and 2011.

He started racing karts when he was only nine years old and, at the age of thirteen, was victorious in the Italian Karting Championship. Before beginning his career as a race car driver, he won the 2001 Karting World Championship.

In 2014, he relocated to Japan and began racing in Super Formula and Super GT events.

A native of Locorotondo, Apulia, Italy, he later lived in both Pescara, Italy and Lugano, Switzerland. He married Francesca Caldarelli, who is the sister of race car driver Andrea Caldarelli.

Vitantonio Liuzzi Is A Member Of