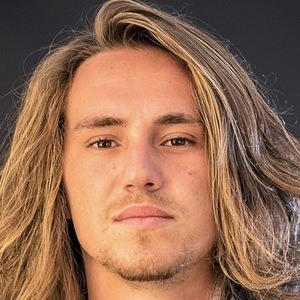 Brazilian pop singer who is known for songs like "A Noite Cai" and "Armas a Nosso Favor". He released the album Luz a Brilhar in 2012.

One of his earliest musical releases was the 2009 album Eclipse Solar.

He is a popular singer from Brazil, much like Gusttavo Lima.

Vitor Kley Is A Member Of