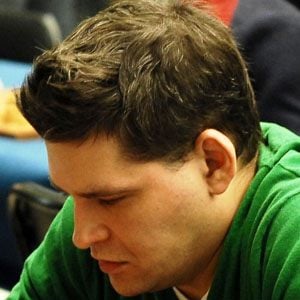 Russian-born French chess player who is highly ranked internationally and is known for his party boy antics. He won the European Individual Chess Championship in 2007 and in 2009.

He moved from Russia to Kazakhstan where he learned to play chess as a young man.

He caused controversy after falling asleep during a match at an international tournament in Calcutta, India because he was reportedly intoxicated.

His family moved around quite a bit when he was a child.

He has competed against Grandmaster Alexander Morozevich in major tournaments.

Vladislav Tkachiev Is A Member Of