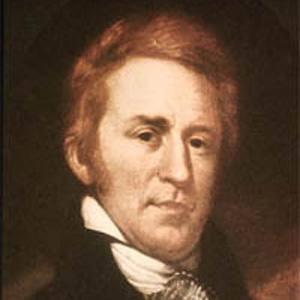 He explored the American Northwest with Meriwether Lewis and served as the governor of the Missouri Territory from 1822 to 1838.

He was home-schooled and grew very self conscious about his poor spelling ability.

In addition to helping to map the U.S., he served as Governor of Missouri.

He married twice; his first marriage was to Julia Hancock in January 1808. He had a total of eight children.

The third President of the United States, Thomas Jefferson, appointed him as brigadier general of the Louisiana Territory militia as well as head of Indian affairs in 1807.

William Clark Is A Member Of