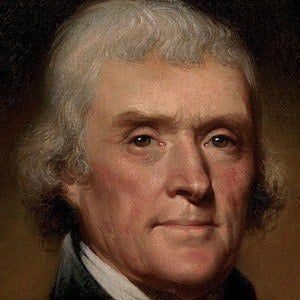 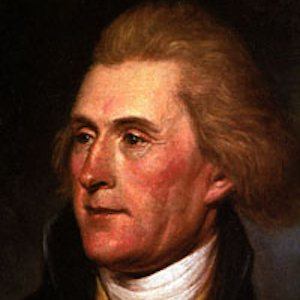 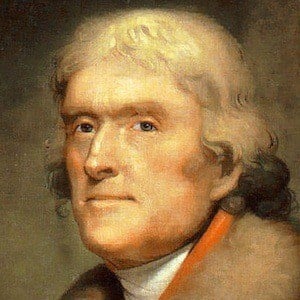 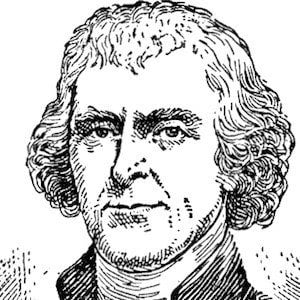 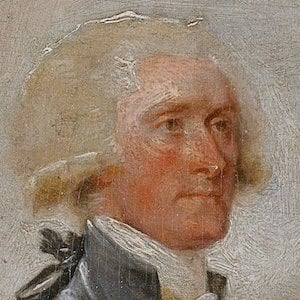 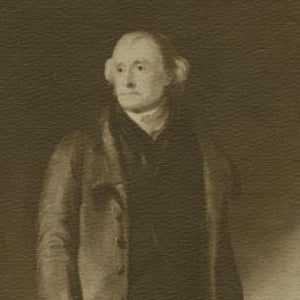 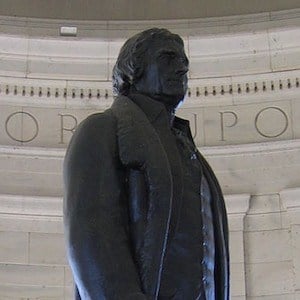 US President
#2474
Most Popular
Boost

Revered Founding Father of the United States, its third president, and an author of the Declaration of Independence.

He completed his collegiate studies at the College of William & Mary in Williamsburg in two years and earned his law degree five years later.

He sold his collection of 6,000 books to Congress after the British burned down the Library of Congress in 1814. He soon found himself at a loss without his books and began buying more. He served as the first Secretary of State under George Washington.

He married 23-year-old Martha Wayles Skelton, a widow, in January 1772, and the couple had six children together named Martha, Jane, Mary, Lucy, and Lucy Elizabeth.

He and John Adams carried on a fierce rivalry during their presidencies, one that would be resolved later on in life and lead to a deep friendship. They died on July 4, 1826.

Thomas Jefferson Is A Member Of