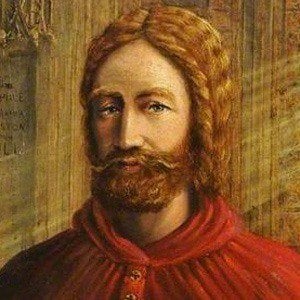 English military leader during the Hundred Years' War who served as First Duke of Suffolk.

He fought alongside his father in the Siege of Harfleur. De la Pole was seriously wounded during the siege, and his father died of dysentery.

His nickname, "Jacknapes," became a shorthand way of calling someone brash.

He had one son and at least one illegitimate daughter.

William de la Pole Is A Member Of