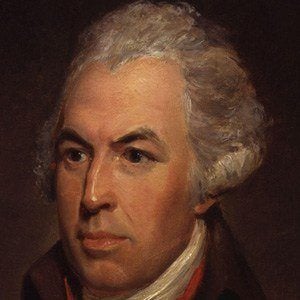 An English author, poet, and biographer of the late 18th and early 19th centuries, he is most remembered for his biography of William Cowper. His other notable works include A Philosophical Essay on Old Maids and The Triumphs of Temper.

He attended Trinity Hall, Cambridge before moving to London in 1767.

His fame made him the logical nominee for the 1790 English Poet Laureateship, but he refused the honor.

He was married twice-- to Eliza Ball, and after her death, to Mary Welford-- and had no children.

He wrote a biography, The Life of Cowper, of his poet and hymn-writer friend William Cowper. The poet-artist William Blake, another friend, illustrated the work.

William Hayley Is A Member Of