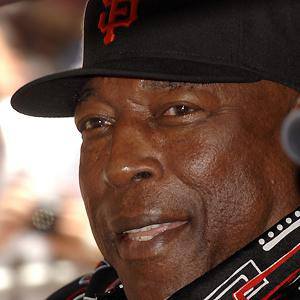 He wasn't allowed to play in Shreveport, Lousiana with his minor league team due to segregation at the time.

He won the 1959 NL Rookie of the Year Award, despite playing in just fifty-two games.

He teamed with Willie Mays to form a fearsome hitting combination for the San Francisco Giants.

Willie McCovey Is A Member Of