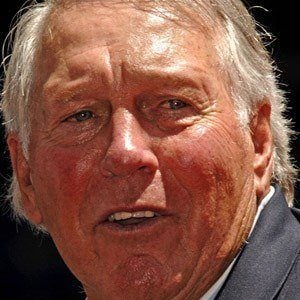 Legendary Baltimore Orioles third baseman and 18-time MLB All-Star who was nicknamed The Human Vacuum Cleaner for his fielding prowess.

He was a paper boy and sold soft drinks at the ball park as a kid.

He won the Gold Glove Award sixteen times in a row.

He met his wife Connie on a team flight. The two married in October, 1960. He has three sons, Brooks, Chris and Michael, and a daughter, Diana.

His statue in Baltimore was erected only yards away from that of Babe Ruth.

Brooks Robinson Is A Member Of