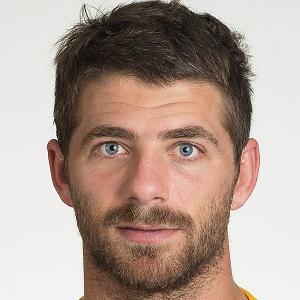 Rugby union footballer known as a versatile player for teams like GWK Griquas and Free State Cheetahs. He began playing for South Africa on incoming and outgoing tours in 2013.

He grew up in Western Cape and began his youth career with Western Province in 2007.

He won the Currie Cup First Division with the Boland Cavaliers in 2011.

He has a sister named Lee-Anne.

He has been teammates with Robert Ebersohn on the South African national team.

Willie Le Roux Is A Member Of