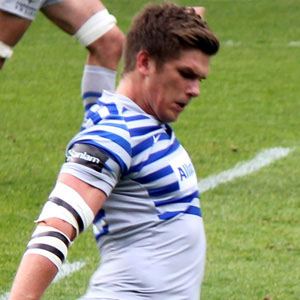 He became the youngest English rugby player to start for Saracens, doing so shortly after his 17th birthday.

He grew up with a brother, Liam, and two sisters. His father is rugby star Andy Farrell. He married longtime girlfriend Georgie Farrell in 2018; they have a son.

He became teammates with Dan Cole on England's national team in 2012.

Owen Farrell Is A Member Of