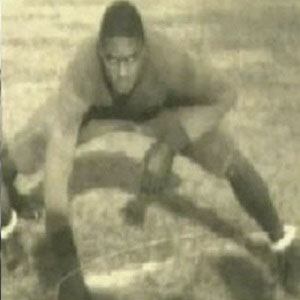 Decathlete who also played football professionally in the CFL, and enjoyed a successful acting career.

He attended UCLA, where he played multiple sports and starred for the track and field team.

After his athletic career, he took up film acting, and in 1960 he was nominated for a Golden Globe for his performance in the movie "Spartacus."

In 1941 he married Princess Luukialuana Kalaeloa, a Hawaiian princess; she died in 1980, and he married Tina Thompson in 1982.

In 1939 he played for one of UCLA's greatest football teams ever, alongside future baseball legend Jackie Robinson.

Woody Strode Is A Member Of