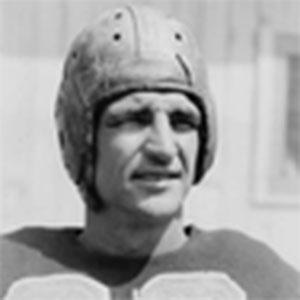 Pro Football Hall of Fame quarterback and coach who played for the Washington Redskins from 1937 until 1952. He recorded 21,886 passing yards and 187 touchdowns during his career.

He suffered a knee injury after sliding into second base, an incident that caused him to lose his baseball scholarship to Washington State University.

He was a member of the first group of inductees into the Pro Football Hall of Fame.

He married his high school sweetheart, Edmonia; their marriage lasted for over 50 years.

He and LaDainian Tomlinson both played football at Texas Christian University.

Sammy Baugh Is A Member Of