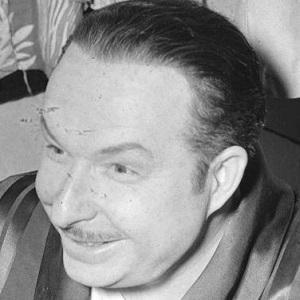 Latin bandleader popular from the 1930s to the 1950s and who recorded the hit "Perfidia." He appeared in movies like You Were Never Lovelier.

He was a classical violinist and played in the Orchestra of the Teatro Nacional.

His brother painted the cover art for the F. Scott Fitzgerald novel The Great Gatsby.

Xavier Cugat Is A Member Of